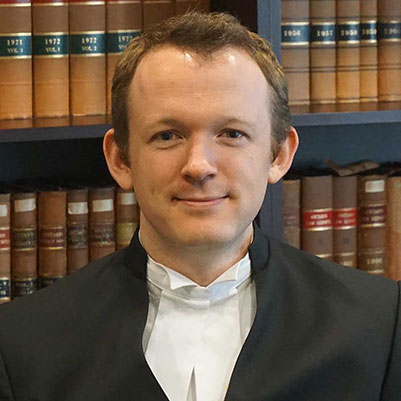 Charles Haworth was called to the Bar of Ontario in 2016 after articling with Radnoff Law Offices in 2015. Charles was awarded his Masters of Law Degree in 2014, shortly after moving to Canada.

He was called to the Bar of England and Wales as a Barrister in 2013 and has been a member of The Honorable Society of Gray’s Inn since 2012.

Charles primarily focuses on solving legal disputes for businesses and business owners. Charles specializes in tax litigation, shareholder disputes, and corporate and commercial litigation. Charles has successfully appealed a variety of tax assessments and has significant experience in the Tax Court of Canada. Charles has also successfully represented clients in the Ontario Superior Court of Justice and Federal Court and has also been involved in precedent-setting cases in the Ontario Court of Appeal and Federal Court of Appeal.

Charles excels in drawing on his technical knowledge of commercial and tax law to creatively resolve disputes in a cost effective manner for his clients.

Let's tailor the right solution for your legal needs